The day I won the lottery – A Short

I think back to that fateful day. I couldn’t believe my eyes. The numbers on the screen and the numbers on my ticket matched? I bought the ticket as an afterthought. Everyone was swept up on the lotto mania, so I figured why not. 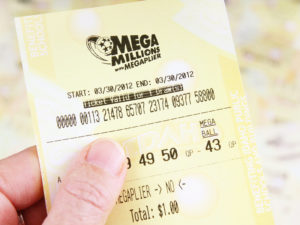 Now, I wonder if this was even a blessing at all. Did I win or did I lose?

I recall my first reaction. Should I tell anyone? Should I keep this a secret? Do I take the lump sum payout, or do I get a bunch of money for life. How do ensure that my life stays normal. I’ve read those stories of people who won the lottery and had their whole lives fall apart. I knew that that wasn’t going to be me.

Someone had mentioned a few days earlier, about the number of lottery winners that commit suicide, and how it was really a curse. I remember laughing out loud and saying, “ G-d, please curse me with a lottery win”.

Now I wonder which of my prayers were actually answered. The curse or the win.

In consultation with my wife, and then accountant, we decided on the lump sum payout. We were now millionaires. We wouldn’t need to work another day in our lives. We had enough money to pay for all that we needed, wanted, and much much more. Our children would not have to worry for anything, as we could now afford all the things we had only previously dreamed of.

I remember going into the car dealership and picking out matching vehicles, loaded with all the options for my wife and myself.

I remember calling all the schools and giving them my credit card and telling them to pay off all the tuitions balances.

I remember paying off the mortgage and private loans I had outstanding.

My door suddenly became a popular place as the poor, and fundraisers in the community now knew my address. I was excited to be able to write checks to each of them.

I remember arranging a five star family trip to Israel, staying at the best hotels and eating at the best restaurants. Ordering Kosher room service, splurging again and again, because I could.

My job started to hold very little luster. I got tired of doing what I do. I didn’t need the money. I could hire others to do the work that I do. My passion and drive were really suffering. I found myself sleeping in later and later each day.

I found the newly hired nanny, clocking more and more hours as she greeted the kids when they awoke so the “boss” could sleep.

When I did wake up, I’d make a few calls to see what was happening, but everything was already taken care of. The new employee I hired, had already addressed everything that used to be on my to do list.

I was finding it more and more difficult to find meaning in my days. I caught up on lots of reading that I had pushed off for years. I wrote articles, which it seemed everyone suddenly wanted to publish. Did I suddenly become a great writer or did they just want my contributions to their newspapers to continue?

Doubt started to creep in all areas of my life. Did people want to talk to me for the wise advice that I dispensed or was it because they thought I’d be able to help them and they didn’t want to burn bridges with me.

Fast forward a few months. Life at home was now unbearable. My children were not talking to me anymore. Gone were the days of a quick pickup basket ball game, or a game of Uno on Shabbat. They have retreated to their rooms and lives. They have all the latest gadgets, and phones, things didn’t exist in our world previously. We used to have strict limits on everything, but the “new me” didn’t want to disappoint anyone. Including my children.

They seemed to have friends whom they were hanging out with more and more often. Was it my imagination or were those friends of the less positive influence than I usually cared for. I should have stepped in, but I just wanted them to be happy. I can only wonder what they were doing with all that time spent together. Why they didn’t want to talk to us anymore, or spend any time with us? It was all so confusing.

My wife couldn’t understand my lack of drive. Where did the motivated, energetic guy she knew for so many years go? Why did I stop going to gym she wanted to know. She was right, I did put on nearly 50 pounds. Eating out every night will do that.

My imperfect life of just 10 months ago, where we struggled for all that we had, was looking more and more desirable. I thought that this lotto win would relieve my stress and worries, instead it increased them.

Oh sure, I can pay all my bills easily now, but I also have many more bills. Particularly the therapy bills. Each child is seeing a psychiatrist or psychologist to deal with all their newfound issues. Why is everyone so sad and miserable.  I too am seeing a therapist to try to make sense of my life. Was am I so unhappy?

We no longer sit down as a family to dinner. We actually don’t do anything together anymore. If the kids show up at home, they make a beeline for their bedroom in our new palatial home. Or they are there to pick up some clothing or an Amazon package they ordered with their new credit cards I gave them. I just wanted to make them all happy. I just wanted to give them all the things I didn’t have growing up.

Where did it all go wrong?

It seems that the only people who still like me are the beggars and fundraisers who get checks from my new charitable foundation my accountant had me set up.

My life is worse now than it ever has been.

My marriage is worse than it ever has been.

My relationship with my kids is worse than it ever has been.

My health worse than it ever has been.

My happiness is non-existent.

Gosh, I thought this was going to be good thing.

I prayed to G-d to “curse” me with a lotto win.

It seems he heard my prayers.

A curse it really is.