Chassidus, a term often associated with bearded and black hatted men, and often with long side locks, but is about as misunderstood as the Halicephalobus gingivalis (the rarest worm according to google). 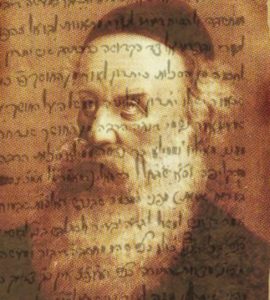 In fact, this week, Tuesday and Wednesday Chassidim of all stripes celebrated the release from Jail of the Alter Rebbe, or Rabbi Shneur Zalman of Liadi, the first Chabad Rebbe. To on outsider, this must seem seriously strange. A bunch of funny looking people celebrating a holiday that seems to make no sense. Celebrating a spiritual grandfather being released from a Russian prison hundreds of years prior.

I grew up in a home that was replete with Chassidic teachings, and dedication to the ideals of our Chassidic master, the late Lubavitcher Rebbe of Righteous Memory, but in truth, while I studied the required texts, the daily study, and the requisite discourses and speeches taught in school, I never understood how that morphed from intellectual and mystical concepts, and moved into the arena of the practical.

Growing up, I often heard my father comment, that the difficulties of his life were overcome in large part by his intense study and focus on Chassidic discourses and studies.

To me, there was always a disconnect. How does study about Gd, creation, souls, heavenly spheres, mystical realms, all wonderful intellectual pursuits, convert into a practical actionable behaviors that can truly help me in physical mundane pinch.

How does my esoteric studies pay bills that I don’t have money for? How does 5 levels of soul, soothe the pain of of life, and dreams unrealized? How does studying what systems Gd did or didn’t use when creating a world, (starting with Chaos before settling on Order – Tohu/Tikkun ) help me in day to day struggle to be a good person, parent, spouse, keep my temper in check, make good choices, stand up in the face of temptation and so on?

I think the answer lies in how I have always looked at it. I’ve looked at this question of Chassidus and my relationship to it, as I would any other topic or concept I don’t understand well. I’d seek to define it. If you look at wikipedia, you get an interesting definition, that describes the body of the topic but not the all too important soul of it.

Wikipedia: Hasidic philosophy or Hasidism (Hebrew: חסידות‬), alternatively transliterated as Hasidut or Chassidus, consists of the teachings of the Hasidic movement, which are the teachings of the Hasidic rebbes, often in the form of commentary on the Torah (the Five books of Moses) and Kabbalah (Jewish mysticism). Hasidism deals with a range of spiritual concepts such as God, the soul, and the Torah, dealing with esoteric matters but often making them understandable, applicable and finding practical expressions.

This is all curious and interesting but is missing the concrete essence of what Chassidus really is.

While technically,Chassidus is a form of study; A deeper layer to Torah study. What is known as the “sod” – the Mystical or the secret parts – of Torah, what Chassidus really is, is a life manual wrapped in academic lingo.

Meaning to say, true, you need to study the material to get the info, but the knowledge of the various levels of the soul, or the 10 mystical sefirot and the four mystical worlds is not a goal unto itself. That is like studying math in a classroom but not applying it to your profit and loss sheets when running a business etc.

The purpose of all this study is to realize that just under the surface of the world and life we live is a deeper layer that is in a lot of ways more truthful than our very existence.

That deeper truth is that Gd while not visible is actually ever-present in our everyday existence. He is observing, actively involved, orchestrating in fact every single element of our life. He gives us the ownership stake to make decisions based on the realities He puts in front of us, but he is undoubtedly aware and invested in our every act.

That being the case, suddenly there is a no such thing as randomness in our life. Everything is part of a larger whole. The puppeteer being Gd and as such, we, the marionettes have nothing to fear, as we are really part of a larger play being performed by the Master.

Of course this doesn’t pay bills or solve the actual pain of loss etc. or guide us specifically when working through a crisis, but what it does do is tell us the bills, the pain and the crisis are not random events that should throw us off kilter. These are events that were choreographed for us, and the choreographer has a solution to them. We simply need to go and find that solution.

And this, perhaps is what Jews and Chassidim are celebrating on 19 and 20 Kislev. On the surface it is the freedom of the Alter Rebbe from jail. On a deeper and more global level, we are celebrating the freedom of the letters of Chassidus – the mystical parts of the Torah – from their imprisonment of simple academic understanding, and releasing them into the actionable, practical application that they were really meant to for.

Wishing us all freedom from our personal imprisonments.