I once heard Dennis Prager comment that the hardest but most rewarding thing you will ever do is have/raise children. I understood that at the time he said it some 10 years ago or more. But seem to be relearning it again and again. 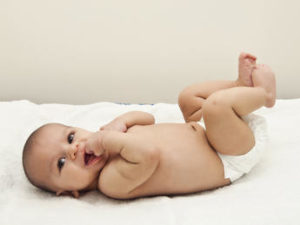 At this very interesting stage of my life where I have my youngest child in diapers and my eldest in college, I find myself pulled a bit in both directions. I don’t sleep either because I am worried about something my older kids are doing or working through, and when I do finally get some sleep, I might be awoken by the my baby’s need for a diaper change or a wayward bottle or pacifier.

In truth, I have learned, as much as I can fret and worry about either side of the family sandwich, there is not a whole lot accomplished by worrying about it. The diaper doesn’t stay drying, and the “snowflake” drama doesn’t diminish with the amount of time I put in thinking about it. “Don’t ride the roller coaster with them”, an experienced veteran educator recently told me.

So why do we do it? Why do we subject ourselves to never ending work of raising kids? Wouldn’t life be so much easier having a small family or even no children at all? Not to mention the exorbitant cost? I feel like an ATM machine, except I have to dispense money regardless if there is actually any dough in the account?

One of my teens recently spent time berating me for some imagined crime for which I was not only not guilty of, in fact I was working to help them. Totally at loss, I seethed inside before throwing in the towel, licking the wounds of failure, wondering if there was hope. The next morning, as if nothing had happened, that same child snuggled next to me on the couch telling me how lucky they were to have me as a parent.

The ecstasy of that moment, not only made me forget the previous days pain, it made it worth yesterday’s pain.

How is it that one child, or one conversation with said child can cause so much tears? Some of joy and some of despair?

Rabbi Lau, writes in his book “From the Depths” about an incident in post war France, where the boys in his group were asked to hear a philanthropist speak to them, and they were none to happy as they felt like props in a fundraising propaganda machine.

Later when one of the speakers, a survivor himself, spoke to them, empathized with them, validated them and told them that they were his hope for a future, the boys began to cry. It was as if the floodgates of years of pent up pain and tears finally broke forth like a breached dam.

Later, one of the boys thanked that speaker saying that now they had cried, he knew that they could also laugh as well. Previously he had felt nothing inside, not happiness or sadness, just dead-ness. Now he felt that his emotional faucet had been turned back on.

I don’t know why life is designed this way. That is a theological question above my pay grade. And this doesn’t mean to say that people without children cannot live, have fun, joy, laughter or the like.

What it does mean, is that if one is forced to endure pain, any kind of pain (today I am talking the pain of child raising, but this concept applies to any kind of pain), it means there is a deeper joy on the other side of that self-same pain coin.

So, as I visit my college aged son, after having changed one last diaper before heading off to the airport, I will consider myself, the luckiest guy on the planet.